Kevin J Kennedy is a horror author and publisher from Scotland. He fell in love with the horror world at an early age watching shows like the Munster’s and Eerie Indiana before moving on to movies like the Lost Boys, the original The Hills Have Eyes and Nightmare on Elm Street. (The eighties was a good time to grow up.)

In his teens he became an avid reader when he found the work of Richard Laymon. After reading everything Laymon had written Kevin found other authors like Brian Keene, Ray Garton, Edward Lee, Bryan Smith, Jeff Strand, John R.Little, Carlton Mellick and the list goes on. At the age of thirty four Kevin wrote his first short story and it was accepted by Chuck Anderson of Alucard Press for the Fifty Shades of Slay anthology. He hasn’t stopped writing since. Kevin lives in a small town in Scotland with his beautiful wife Pamela, his step daughter and two strange little cats. 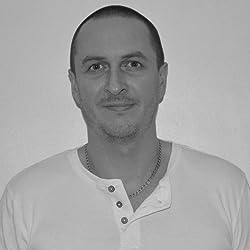